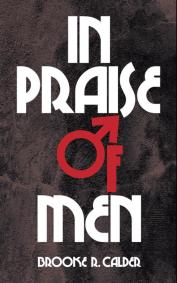 Wherever you might be at this precise moment: HAPPY FRIDAY!

After six+ weeks of polling as well as re-tallying votes following a tie between #1 and #6, layout #1 has won Cover Wars.  HOWEVER, a brilliant thing happened a few weeks back:  Bradford Richardson– the ridiculously talented Art Director for various Coen Brothers endeavors- offered us an exciting concept.  Since Bradford is currently a very busy Romantic Comedy screen writer, I feel incredibly grateful that he momentarily came out of retirement to conceive something wonderful for In Praise of Men.

Bradford’s vision: everything in full color (as opposed to the current black, white and red); instead of the textured marble-meets-leather background: dirty, tattered blue denim (akin to the dungarees in the artwork we originally aimed to obtain: indiegogo.com/projects/in-praise-of-men–3); the title in a mostly handwritten cursive font (love letter-esque), and perhaps a bright red lipstick kiss somewhere (since it’s a By Women For Men Book).

After pitching Joseph and meditating on the concept for a few weeks, I’ve come to the conclusion that Bradford’s idea would speak volumes more than mine (whether as an eBook, Paperback or an Audiobook cover), but before a final decision, would like to know what YOU think.  For your perusal, here’s a few posters Bradford helped create.

Obviously, Joe’s in charge of artwork and would be the one executing Bradford’s vision; if we choose to pursue this, we’ll launch a smaller scale fundraiser to pay Joe for the extra hours involved (and hijack Bradford with a pleasant surprise!) here: indiegogo.com/projects/in-praise-of-men–3#/.

-It’s important to understand that if voting “Yes!” re: Bradford’s concept, you need not contribute a penny more (unless you want a SERIOUS perk upgrade) as there’s a sea of folks we haven’t reached out to yet (our Twitter and Facebook have nearly doubled over the past 8 weeks).

On the topic of upgrading: between cover art licensing as well as death-related delays (see Dearly Beloved), we’re roughly 2.5 months behind on our estimated pre-release date.  Hence, I’m going to upgrade everyone who donated $5 – 50 on the original campaign to the next level perk and anyone who donated $100 or more will be upgraded to a free preview of the Author’s Edit of Letter To The Reader and the first three chapters in the coming weeks!

Last but not least, my recent interview with African novelist Marius Gabriel (a.k.a. Romance writer Madeleine Ker) has been published on Queen Mob’s Tea House.  I hope you’ll enjoy it and your entire week… ❤ 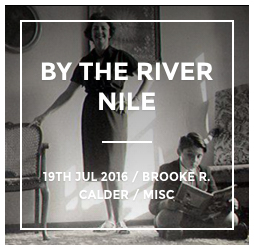 With Love + Thanks,
Brooke